Diamonds In Your Tree 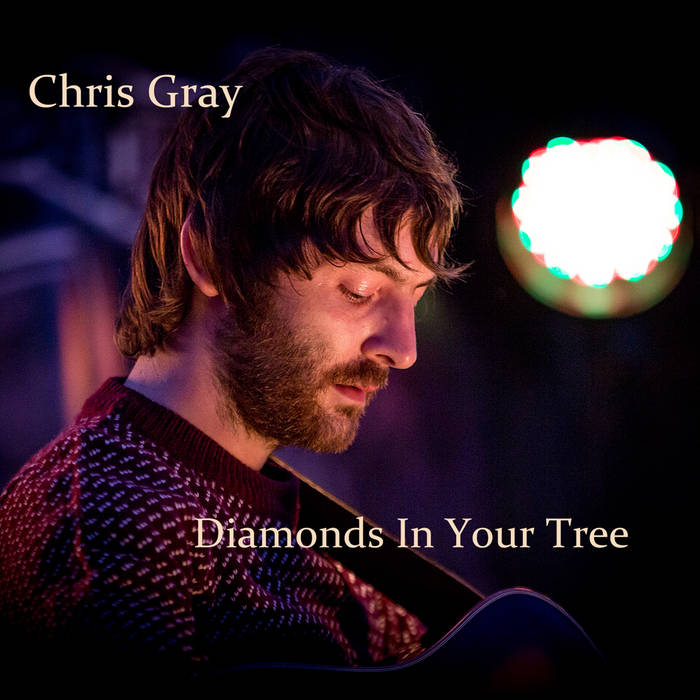 Chris creates heartfelt folk melodies with dynamic Britpop overtones and engaging lyrics, and in the past has been compared to the likes of Noel Gallagher, Elliott Smith, John Power, James Taylor and The Beatles. Chris’ influences range from Fleetwood Mac to Ray Lamontagne, Otis Redding to The La’s.

“Diamonds In Your Tree has an ethereal, dreamy ambiance across the 11 tracks. It really is quite addictive and would be almost impossible to compare it. Pretty much out there on its own in style, with oodles of class on top.” More of Simon Redley’s 4 star review in May/June 2015 – Maverick

An excerpt from the Faeta review of Chris’s new album Diamonds In Your Tree -”Chris Gray has clearly got some chops. On the evidence of this first album, he’s got some damned fine songs as well…if you want to wrap your ears around some quality songwriting that will lift your heart as well as your eyebrows, you could do far worse than seek out this album.” – Nick Churchill

“…a smart debut album…great to stick on and ease away the day’s ups and downs…an essential.” MH – Full Review – Rock Society

“From the opening track from the debut album, Diamonds In Your Tree, from Isle of Man singer-songwriter Chris Gray, his distinct blend of contemporary indie (think Ocean Colour Scene or The Las) and acoustic pop (in the manner of Elliott Smith) makes an indelible impression on the listener. Not least because he’s clever enough to add just a soupcon of Beatles and Donovan flavours to create an attractive recipe.” More from - Steve Caseman – R2

“An assured and enjoyable debut with a couple of songs that are crying out for airplay, especially ‘Suzy Won’t See Me’, a hit if ever there was one.” J. Ritchie – GRTR

Produced and Arranged by Tony Lowe.

Chris Gray is a singer/songwriter from the Isle of Man.

In 2013 he signed with the sunn creative label, and released his first EP. April 6, 2015 is the release of his debut album, 'Diamonds In Your Tree'.

Chris plays numerous gigs around the Isle of Man and in the UK.

Bandcamp Daily  your guide to the world of Bandcamp

Featured sounds by K.Spark and WIZDUMB, plus Basi joins the show to discuss his latest release.